From idea to realization, the path is long. To have the final product we imagined at the beginning is necessary to go through many steps. For example, the Pink Duck Race idea was born during the corona when everybody thought about what they could do to improve the world. The little pink duck has become one of the thousands of them that will compete for life. Yes, these little ducks symbolize the fight for someone’s life. Sometimes that struggle is direct, and occasionally indirect, just like our activism.

A perfect idea can be successful only with a lot of support. Most importantly, we needed as many people as possible to learn about our race and donate money to those who need it. Unfortunately, getting as many people as possible to know about our race is not such an easy task. There are many ways, some we have tried, and some new ones are ahead of us.

However, one phrase says, “A good voice spreads fast.” That means that when other people say nice things about some topic, it spreads fast and significantly influences it.

The first official Pink Duck Race was in Diest, where 20,000 ducklings swam for a higher goal. The winning duck enabled its adopter to win a valuable prize, a golden duck worth 5,000 euros.

Media reported, and people had discussions on social networks, but one miracle of modern technology-enabled that over eight million people learn about our race. A girl named Luna, who has the profile lunadiscoversbelgium, shot a Tik Tok video about the Pink Duck Race on her initiative, which was seen by almost 9 million people and liked by 1,5 million. 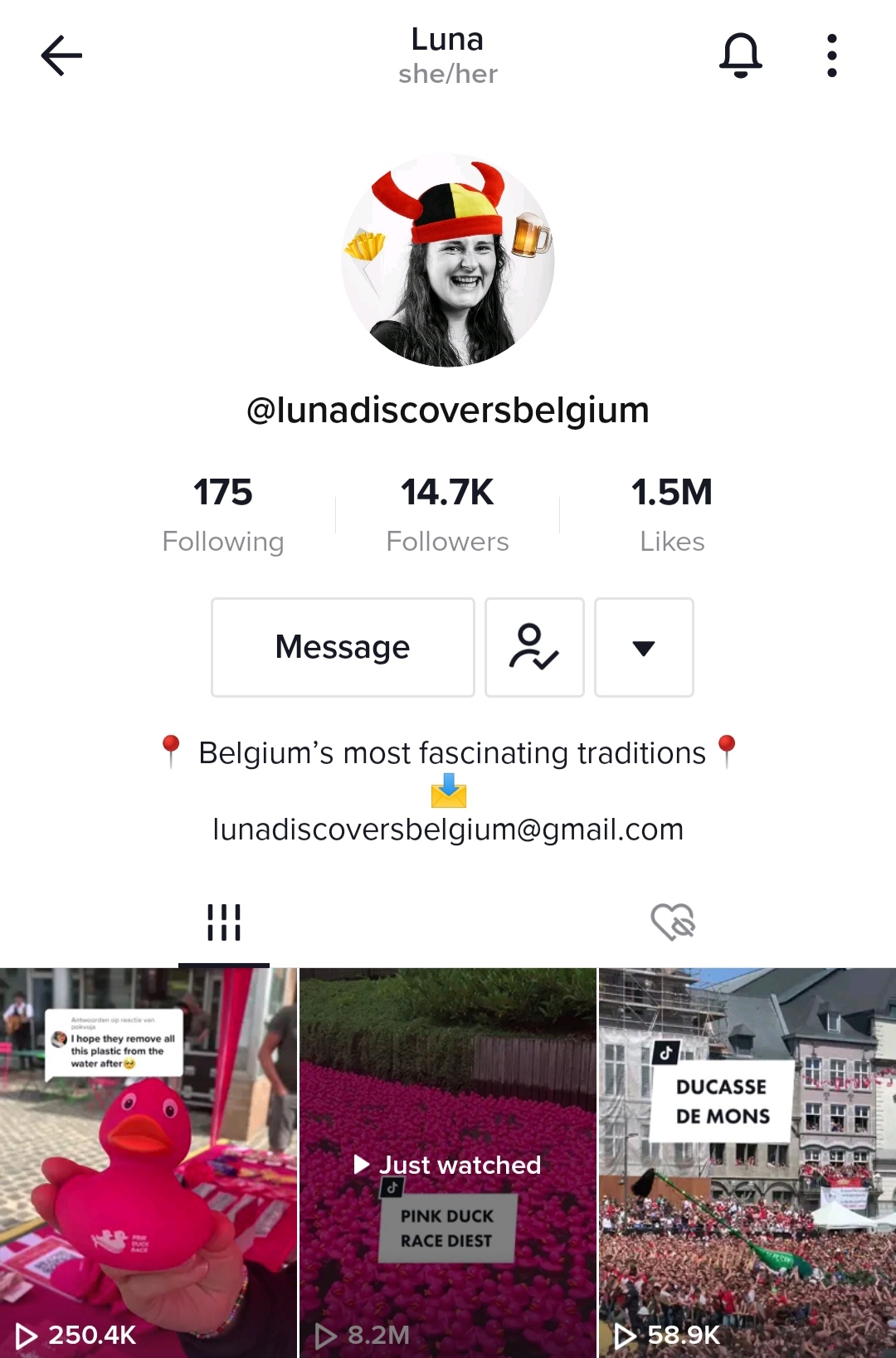 Someone’s impression of our humane event allowed our voice to spread quickly and boldly. Luna, thank you! From us, the ducklings, and all those fighting against breast cancer!

About the Author: admin